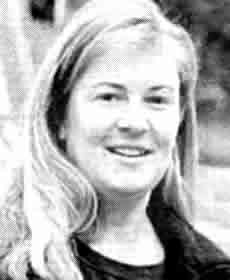 POLICE were involved in a paedophile ring that covered up abuse allegations against the man responsible for the Dunblane school massacre, it was claimed last night.

The astonishing claim is being made by former paramedic Sandra Uttley, who is going to the European Court of Human Rights to demand a new inquiry into the tragedy. LINK

Sixteen children and their teacher were shot dead by Thomas Hamilton in March 1996 after he burst into their school gym and fired at random as the youngsters began an exercise class.  The attack prompted tighter gun controls in the UK.

Miss Uttley alleges that Lord Cullen's inquiry into the massacre was fatally flawed because crucial evidence was withheld from it. LINK

The 45 year-old, who dealt with the aftermath of the killings in her job as a paramedic, said: "There are glaring anomalies in the inquiry - inconsistencies in witness testimony, incorrect information given on oath and the absence of vital witnesses.

"It is also blatantly obvious that Central Scotland Police, who were chosen to investigate the background to the murders, should never have been involved in the so-called independent inquiry.

"They were implicated in the events under scrutiny and continually provided Hamilton with renewals of his gun licence despite long-term and repeated warnings that this should not happen.  It was known that Hamilton had friends in the police force, including one highly placed officer. LINK

"Lord Cullen read none of the preparatory material before the inquiry.  That material has now been sealed and locked away for 100 years despite the public never having had the chance to see those documents.

"I believe that Hamilton was a major provider of pornographic photos and videos to a ring of men prominent in Central Scotland, including police officers who protected him from numerous allegations of physical abuse at boys' camps and clubs he ran.  They protected themselves after the massacre which conveniently ended in his suicide. LINK   Going to Europe is my only hope that the truth will finally be heard.  I believe there are more people who should be brought to justice."

Miss Uttley is asking the court to rule that, as a former resident, her rights have been breached because the inquiry was not independent, transparent or effective.

The existence of the secrety dossier of evidence which was withheld from the Cullen inquiry was first reported by the Mail on Sunday two years ago. Held at the National Archives in Edinburgh, the 106 document reveal why prosecutors failed to bring the gunman to court before the massacre despite more than 20 complaints, mostly about his running of sports clubs and a summer camp at Loch Lomond in 1991. LINK

The existence of the report was mentioned but never seen. LINK  In fact, Lord Cullen ruled in favour of a motion that the prosecutors who decided not to take legal proceedings against Hamilton should not have to justify their decision. LINK

Among the sealed documents is a report revealing that a senior prosecutor ordered pictures of semi-naked children, seized as evidence before the tragedy, to be returned to Hamilton.  Others link the gunman to the freemasons. LINK

Miss Uttley added: "It is my firm belief that the truth has not come out and there has been a total cover-up to protect a number of people.  Europe is my last hope."

A spokesman for Central Scotland Police said: "It would be inappropriate for us to make any comment at this time." LINK

Detective Chief Superintendent John Ogg, who headed the Dunblane investigation, has said in the past: "I can reassure you that the investigation was absolutely thorough and we covered every angle."  [Ed ~ "Covered up" every angle might be more aptpropriate.]

Miss Uttley has written repeatedly to Lord Cullen demanding an explanation to her claims.  Most of her letters were answered by inquiry clerk Glynis McKeand who said witnesses were selected by the Crown, not by the judge. [Ed ~ Yet more deceitfulness from the fabulists directing the Cullen Inquiry. LINK]