THE debauching of a child for personal gratification is a filthy perversion and an equally filthy crime in statute law. 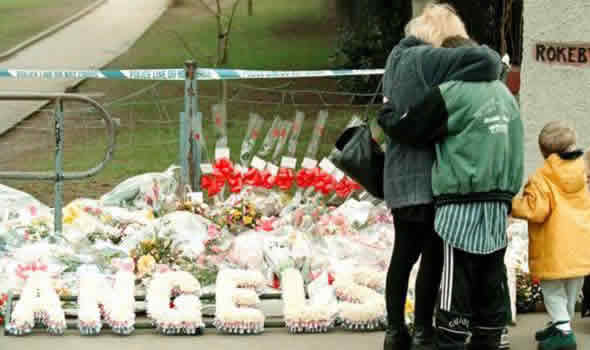 Thomas Hamilton murdered 16 children and one teacher in Dunblane
Yet revelations – Savile, Smith, Hall, Harris – seem to inform us that this perversion is a lot more widespread than many had ever imagined.

Hardly a week goes by without another iconic individual being exposed or cyber police tracing networks of online perverts who want to watch and presumably gloat.

The idea that this is a victimless activity, “I was only looking at images”, is rubbish. These libraries of filth, pain, humiliation, even torture, have to be ordered and paid for.

That enables others to set up the studios, groom the children and film the obscenities that then occur.  If no one paid for bread there would be no farmers growing wheat.

The fact that the high and mighty are in no way immune to this vice means that when they are threatened with exposure immensely powerful forces are brought to bear to accomplish a high-level cover-up. LINK

This seems to have happened in the case of the list of names handed to the Home Office years ago by the late Geoffrey Dickens MP.   It just vanished.

But the strangest cover-up I have ever witnessed (or suspected because it was highly successful) concerned what liaisons and practices lay behind the Dunblane massacre of 1996.

We were all told to believe that a single psychopath, Thomas Hamilton, with a private armoury, stalked into a kindergarten in a Scottish village, murdered 16 children and one teacher, then shot himself.  So sad.

Senior Scottish lawyer Lord Cullen was asked to prepare an investigation and report. LINK He did both.  It was one of the weirdest documents the Scottish establishment has ever produced; not because of what it said but what it refused to ask or investigate.

Lord Cullen apparently held 100 hearings in public then six crucial ones in private. LINK  He decreed his report should be buried for 100 years. LINK

But that is longer than our nuclear secrets have to remain confidential.  So what did those last six witnesses reveal?

Others came forward, not summoned, never heard by officialdom, to allege Hamilton was a practising pervert and pederast.

That he had free access to a nearby boys’ boarding school and could be seen prowling the dormitories after lights out. LINK

Witnesses disappeared, changed their minds.  Editors about to assign investigative reporters were advised that would be most unwise.

The village bobby of Dunblane was transferred so far north he was practically waist deep in the North Sea.

If cover-up it was, and I have not the slightest doubt, it remains one of the most successful ever.

Officially it remains a case of a single psychopath, with guns he should never have had, who sort of went doolally and committed mass murder.